Columns of streaked orange and blue tufa stalactites melted from the cave’s roof. Alluring, fascinating— an amalgamation of crimps, jugs, and three-dimensional limestone across a horizontal plane piqued my curiosity. My upper body felt warm from the 15 minute hike to an isolated cave in the Grecian mountains, I lugged my crag bag to the ground, and began my pre-climb routine. Lena, my climbing partner and wife, sat next to me as I lashed my climbing shoe to my frozen foot. 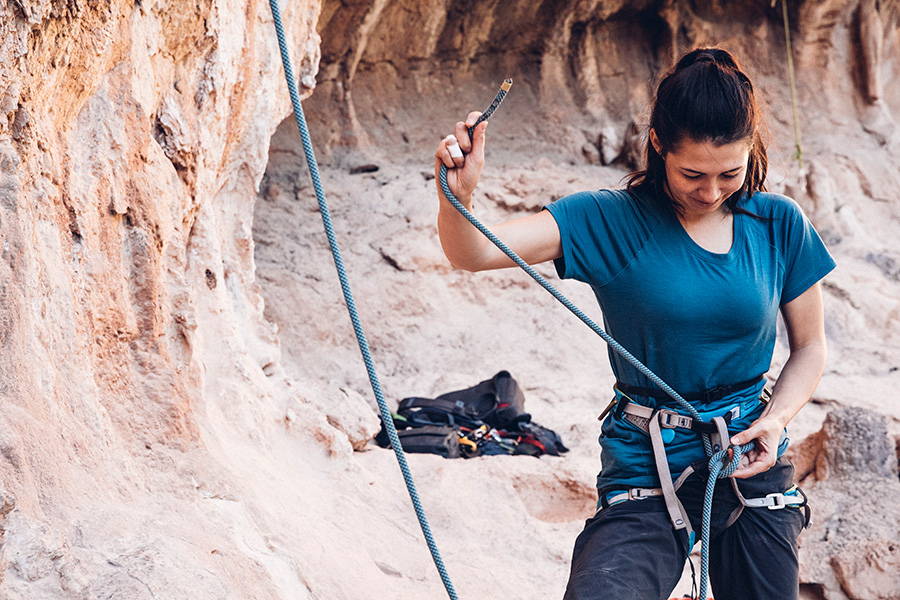 Dark haired, with espresso colored eyes, Lena laid the rope on top of the tarp. She had just started sport climbing the year before, but was naturally talented due to discipline instilled from her time growing up in Japan training for Kendo— she managed to tick off her first 5.13a, and was driven to get another one before the end of year, which was two weeks away. Having been married a year, we decided to travel the world using climbing to fuel our adventures and learn about what this world has to offer.

“Why do we always end up in the coldest conditions?” Lena mused a self-defeated smile on her face, “You do realize it is t-shirt weather across the valley right?”

Looking around I saw a soft December powder of snow grace the shadowed line that separated the warmth of the sun from ice. She was right, this was our vacation, but I’d always wanted to climb in Leonidio’s, Nifada Cave, and this was our chance.

“True,” I said, “But we can consider this training for when we get back to Colorado, besides; these conditions let us have the crag all to ourselves,” I laughed. 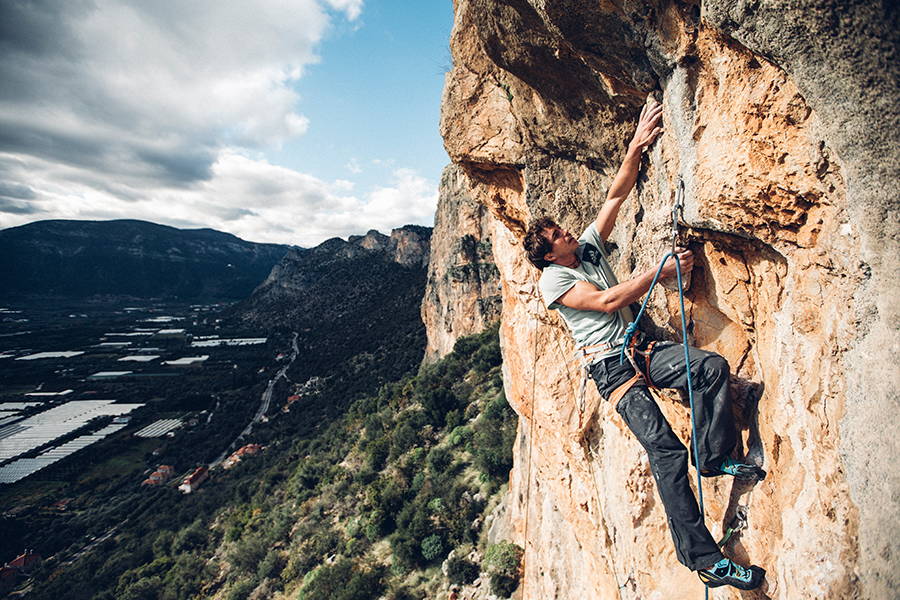 I pulled my shoe on, feeling the frozen rubber thaw from the warmth of adjusting toes, checked my knot on the line, and cast off to warm up on my mini-project. In conditions like these, I have had high success with going bolt to bolt as a warm up, making my second attempt easier to send. This particular route was a 5.13c called Donkey Kong. I’d one fell it my first try and thought it would be a quick tick and training for more challenging routes in the cave.

I felt great. I felt strong. Which in retrospect would be my downfall. As I entered the crux of the route, I positioned my body in a precarious and deep drop-knee. The kind of drop-knee that your foot points directly down at the ground. I made a small dynamic movement to the next hold and heard the tell-tale audible crack of a tendon in my left knee and the end of my climbing day and perhaps the next 6 months.

“Down!” I cried, as the immediate realization of what I had done shocked my system. 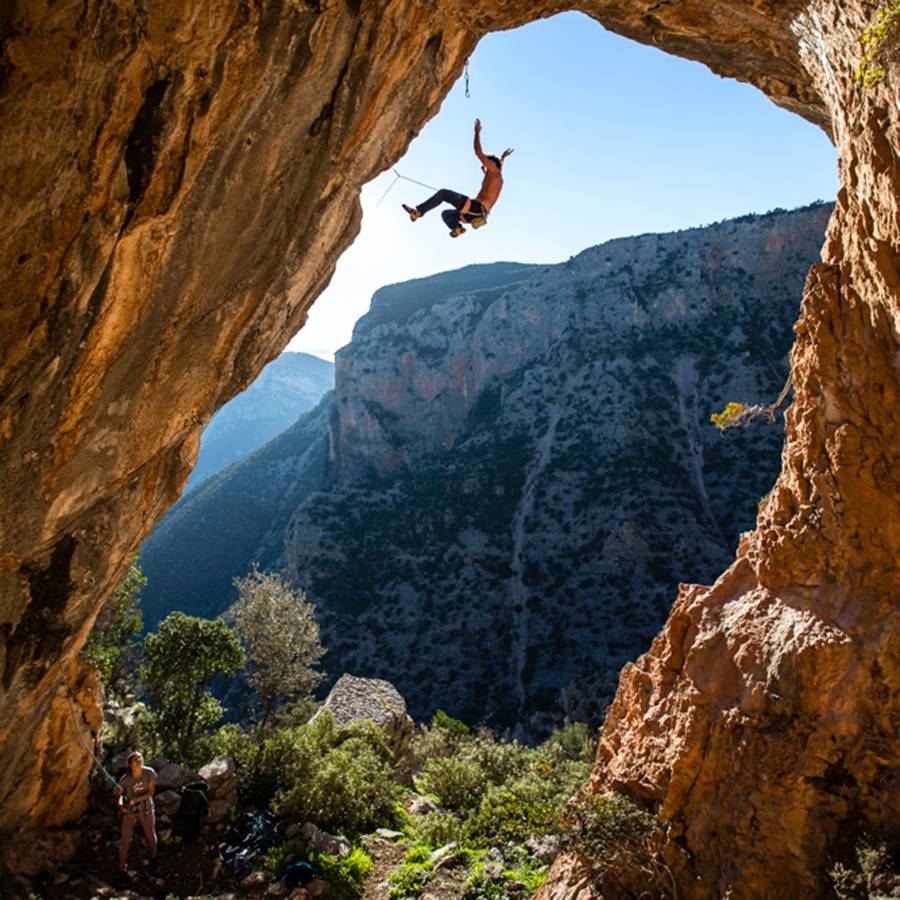 I touched ground quickly and hobbled toward a place to sit.

“I don’t know, I heard a pop in my knee, but, I think I have twenty-minutes before I can’t walk. We have to leave now.” I lamented untying my knot.

Limping through a twisted trail slicked by dew and mud, Lena and I picked our way through the Grecian mountain side. Each step a little more agonizing as warmth spread through my knee.

Did I tear my ACL or Meniscus?

Will this result in surgery?

How long will that put me out for?

Back at the car, we drove in silence to the hostel that we were posted up in. We had no idea where there was a hospital within a few hours, and my injury wasn’t an emergency, so I opted for ibuprofen and to see how it felt in the morning.

Sleep was impossible as I planned for every outcome. At 2:00 in the morning I began to swim through the ocean of knowledge Google had to offer. I knew it was stupid, but it felt like the only amount of control I could have until morning when I could reach out to my physical therapist in the states.

At 5:00 in the morning, I gimped out of bed, connected my computer to FaceTime and luckily got a hold of Dr. Eric Christensen PT from Arizona. After an initial run through, he was able to determine that I most likely hurt my MCL and didn’t need surgery, but I would have to be careful. I had a month left in Greece, so there wasn’t much I could do.

The first week of rest sucked. Dark, overly dramatic clouds, mirrored my mood as anxiety tore through all my hopes for the year. Depression took hold and I had no motivation to do anything. Just wallow in my own self-pity— so much so that Lena decided that a 24 hour suffer-fest to see how many routes she could accomplish would be more enjoyable than being around me.

I didn’t blame her. I didn’t want to be around me— but I knew this was a part of the process and instead of ignoring it, I figured I would just go through it. There was no solution to this problem except time, patience, and going through the emotions.

After 7 days, the clouds broke and I felt more enthusiastic about my situation. I could walk with minimal pain, so I decided that instead of shying away from the problem— I would see what I was capable of doing.

The next morning I crammed a light pack of climbing gear into our metallic-blue rental car with the intention of trying to at least climb a little bit. Even if it was just on simple 5.8- 5.10.

“Back to Nifada?” Lena asked.

“Yeah, I figured I can probably climb on the easier routes, and if I feel good I can try something harder. Better to climb in the caves as long as I don’t drop knee— worst comes to worst I can just climb with one leg.” I jested. 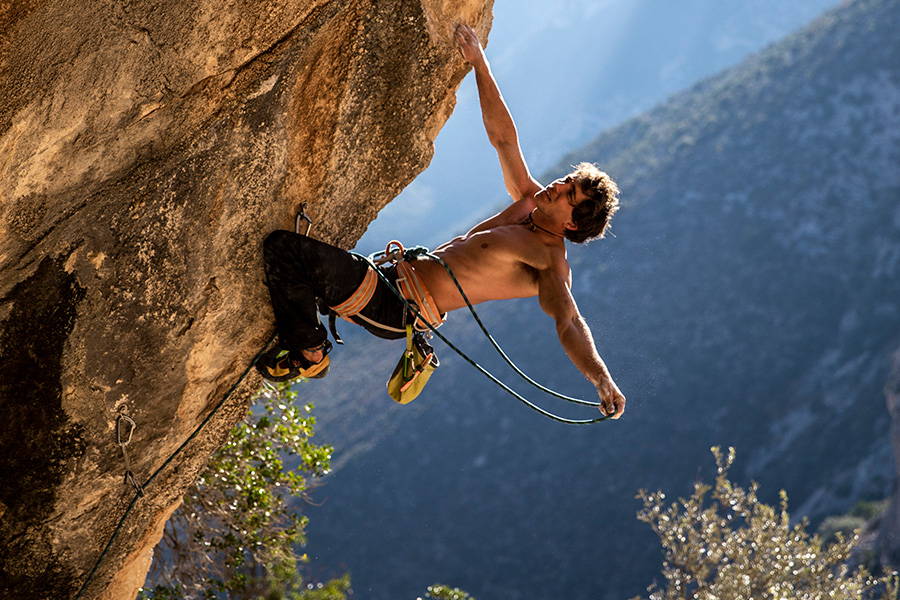 With this new attitude, I cautiously worked my way through the limestone cliffs stepping with a new kind of awareness and mindfully focusing on what hurt and what didn’t within micro-movements.

After turning a 10 minute hike into 25 minutes, I roped up and began the arduous task of warming up on a simple slab 5.10 on the outskirts of the cave. It felt good as long as I didn’t do any movement that engaged specifically my MCL. It felt so good, that I decided to revisit the route that I had injured my knee on to begin with.

I crept through the opening sequence of the 5.13c with the clear intention of dropping if I felt even a tinge of pain. While learning new techniques, and seeing what my body was capable of in a new light, I happily found a different sequence on Donkey Kong and quickly dispatched it, claiming my red-point without having to use the silly drop-knee method.

Overall the experience was positive, even though my original intentions for the trip had twisted due to injury, I was still able to gain a lot of awareness of not just my physical state, but my emotional health as well. Going through the sadness, depression, anger, anxiety in a proper context allowed me to have a positive attitude overall and gave me more insight into the concept— 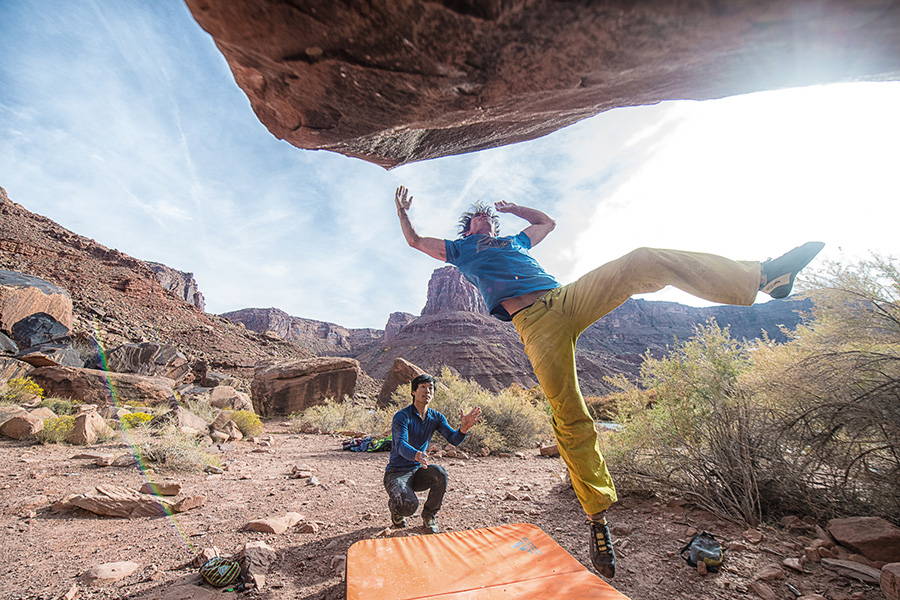 Intention vs. Expectation: The art of the Project