I turn around and see the flash of light as if the unforgivable curse, "Avada Kedavra," has just been uttered right next to me. I look out directly in front of me and a kilometer away I see the blinding bolt flicker and freeze in the sky, shaking the night air and sending a ripple of wind heading right towards my dangling body. My hands shake. I don’t want to let go...

Just one hour before, my partner and I had taken a cable car to the top of Table Mountain – a 3,500-foot cliff standing high above the city of Cape Town in South Africa. The sun was shining and there were few clouds in the sky. Rock above me, ocean below me, and greenery with flowers and trees stretching as far as the eye can see. It felt like an extraterrestrial wonderland, in the way that Cape Town always appears to be. My climbing partner, Francesco, and I race to the bottom of the route that we’re eager to try. It’s been a long day at school for me, and a long day at work for him, and we’re both looking forward to getting some time to relax and do what we love most. 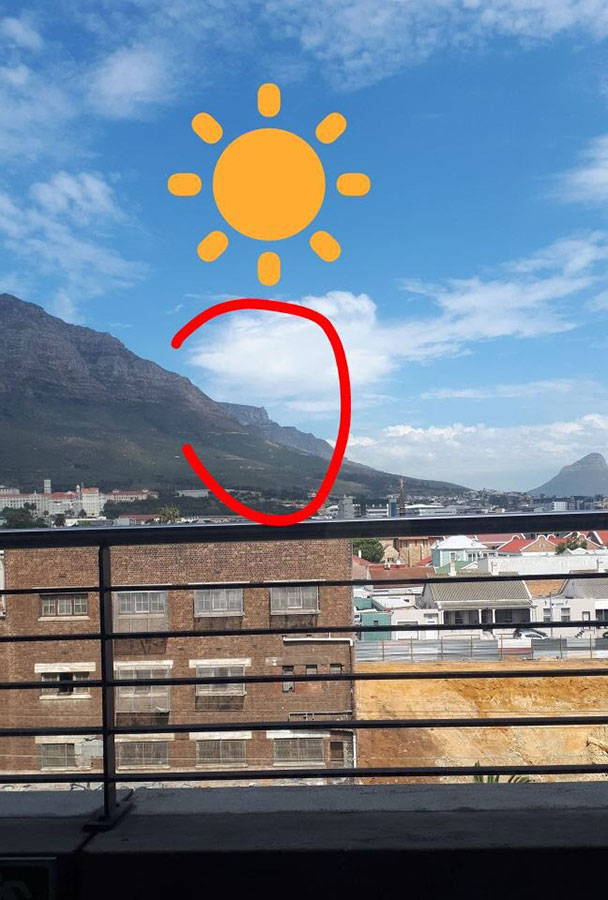 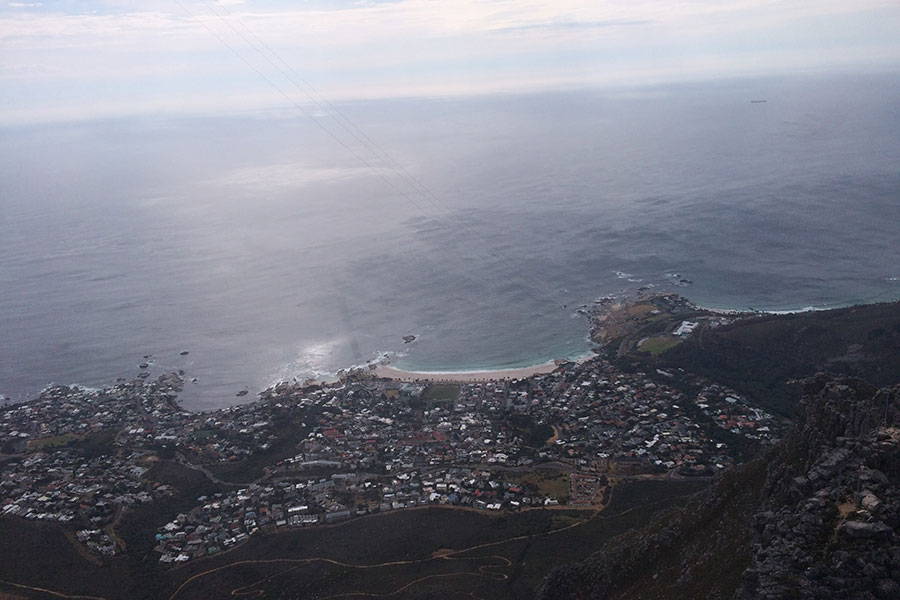 We decide we’ll do one of the easiest climbs on the mountain – Jacob’s Ladder. Ambling our way over to it, we look far out and see a small flash on the horizon. Naturally we check our weather apps - there’s only about one millimeter of rain projected to hit us much later, and no signs of lightning. We decide that it probably will just move on elsewhere, but that we’ll keep an eye on it. Francesco starts the climb. He gets to the top, and calls out to me that he’s ready for me to start climbing. I look up and, behind me, the sun has almost entirely set, and that cloud on the horizon, isn’t really on the horizon anymore. It’s closer. 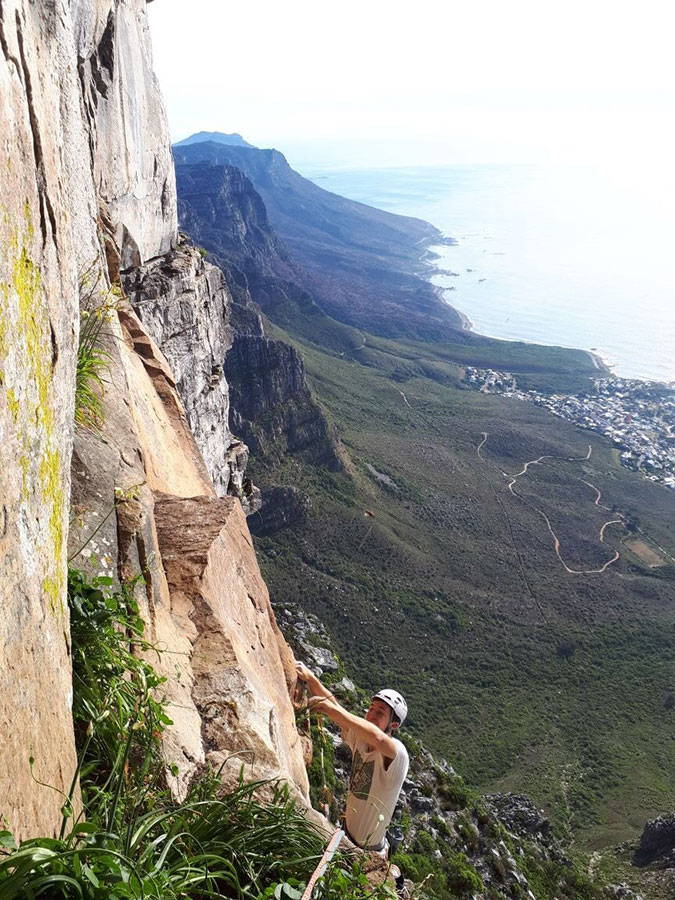 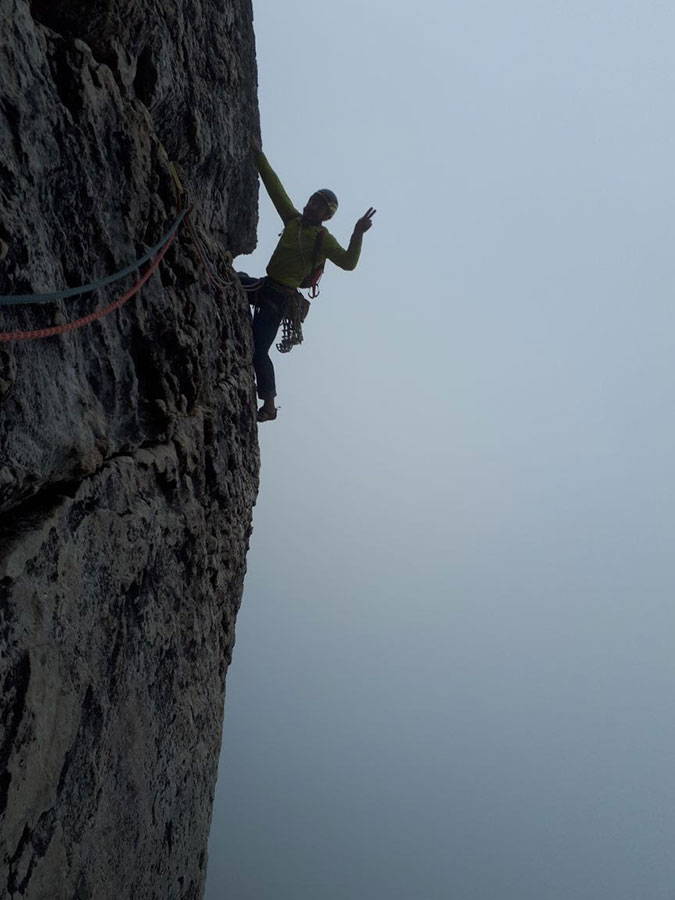 I decide that the best option is for me to climb the first pitch and then reassess the situation. If the cloud has moved on, then we can continue, but if it’s any closer I’ll tell Francesco that I want to bail. That would have been a great plan except that by the time I got to the first anchor, the cloud was already almost on top of us… 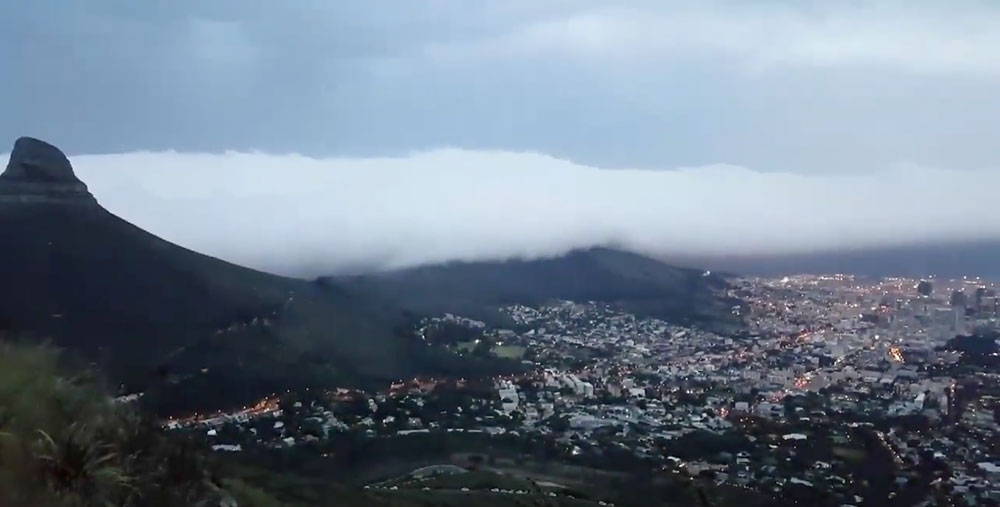 “Jesse, I’m going to lower you down,” Francesco says calmly.

“Okay,” was all I could mutter as I forced myself off the rock and onto the rope, dangling in mid-air.

I didn’t turn around. I only looked down at what was in front of me. Get to safety. Four-fifths of the way down, now three-fourths, then halfway down, I hear the rush of air. I turn and see a monstrous combination of dust, air, and water hit right below my feet and rush up the mountain towards me

The lightning cloud roars as it engulfs the two of us.

My trembling body looks frantically for shelter from the cloud as I’m being lowered. I find a small ledge embedded in the wall. I scramble into this alcove on the side of the mountain, still a good distance from the ground. Crouching my body into a tight ball as far away from the edge as I can be. Looking up, I can’t see Francesco, but simply scream. “I’m off belay.” Luckily, he hears me with the running wind hissing through our ears. He lowers down to where I am and, as he climbs onto this ledge, we give each other a quick look. He’s remaining calm on the surface. I’m anything but.

We’re 40 to 50 feet above the base of the cliff, suspended 3000 feet above sea level. We’re in a hole on the side of the mountain, the cloud hitting the wall below us and rushing up the mountain above us. But it doesn’t seem to penetrate where we are sitting. But go out of this ledge, or any lower, and we will once again be inside it. So I either can stay where I am, seemingly not touching the cloud, and hope lighting doesn’t strike, or get off the ledge.

Francesco has a clear idea, “we have to get off of this mountain.” Minutes feel like eons, and with each flash and crack of thunder, the end feels nearer and nearer. Amazingly, the first cloud clears, and relief fills me…but then, looking out into the distance, I see a second one right behind. Francesco continues to rappel down in this brief eye of the storm. Just as he hits the ground, the second cloud strikes. Again, the pit in my stomach rises as flashes of light fill the air around me. Loud crashes of thunder seem to break the sky. Francesco is completely out of sight. The cold air floods through my body, and the idea that we were climbing a moment before in absolute sun seems like a fantasy.

Francesco calls up that he’s off of the rope, and that I can start my rappel. I look out and a new wave of fear strikes me - I can’t reach the rope. It is dangling just a meter away, out of reach. Lightning Flashes. If the rope forms the hypotenuse of a triangle, I’m stuck in the center of the opposite side. What’s more, the alcove that I’m sitting in is slightly slanted, and walking towards the end of the wet rock is too dangerous. Lightning flashes. I yell to Francesco to tell him “I can’t reach the rope!” He can’t hear me. I yell again…and I hear a faint voice screaming “WhatsApp!” I scramble for my phone, and as if nature wanted a quick comic relief I slide the green phone button to talk to him.

We decide that the only option is for him to climb up the wet rope, on the wet rock, using a locking device to get close enough to flick me the rope. Since it’s dark, he tells me that, before starting the climb, he’ll need to get his headlamp that’s several meters away. I have to just sit tight. If I could push my situation out of my mind before, now there’s nothing to distract me. There’s no fight or flight. I don’t have either option. I tense myself in that small ball to try to make myself invisible against the flashing crackling mass on top of me, below me, and above me. I don’t want to see it and, more than anything, I don’t want it to see me.

I keep thinking about the dangers. My brain is fixed on the idea of what will become of my body after the storm. How people might say “he died doing what he loved” makes me cringe. I wait.

Francesco makes his way to a ledge about 15 feet above the ground. He’s able to maneuver the rope so that it’s closer to the wall, and flick it to me. I inch my way towards the edge to grab the rope. I let out a whoop as my fist latches around the rope. “I got it!” I quickly tie in, and lower down as a wave of relief fills me.

Positive thinking is something I pride myself on. Seeing the bright side of complex situations allows me to deal with them in a calmer way; it helps me build confidence and climbing ability. However, when faced with this situation, one that was outside of my control, I lost it. I switched into fear and terror mode. As a result, I risked my life. I risked Francesco’s life. I didn’t handle the situation in a logical way. I let fear dictate my action. “That kind of repetitive worst-case scenario thought pattern is probably a clue that you weren’t actually thinking clearly,” my coach Randi said later.

The signs of fear are easily seen if you know what you’re looking for. When you’re able to recognize that you’re in fear mode, it’s easier to react in a more constructive way. If I’m going to go on the side of a mountain in a lightning cloud, I don’t want to as a shriveled ball in a hole. I want to be doing everything I physically can to fight an unbeatable force and get the flop off the mountain – not fixating on what could go wrong. Not just in lighting clouds on sides of cliffs, but the next time that I find myself in a life-threatening situation. I didn’t see the signs this time. Next time I’ll know when a “lightning cloud” is approaching and react in a more empowered way. This time I was lucky. Next time I won’t let luck decide if I live. I will. 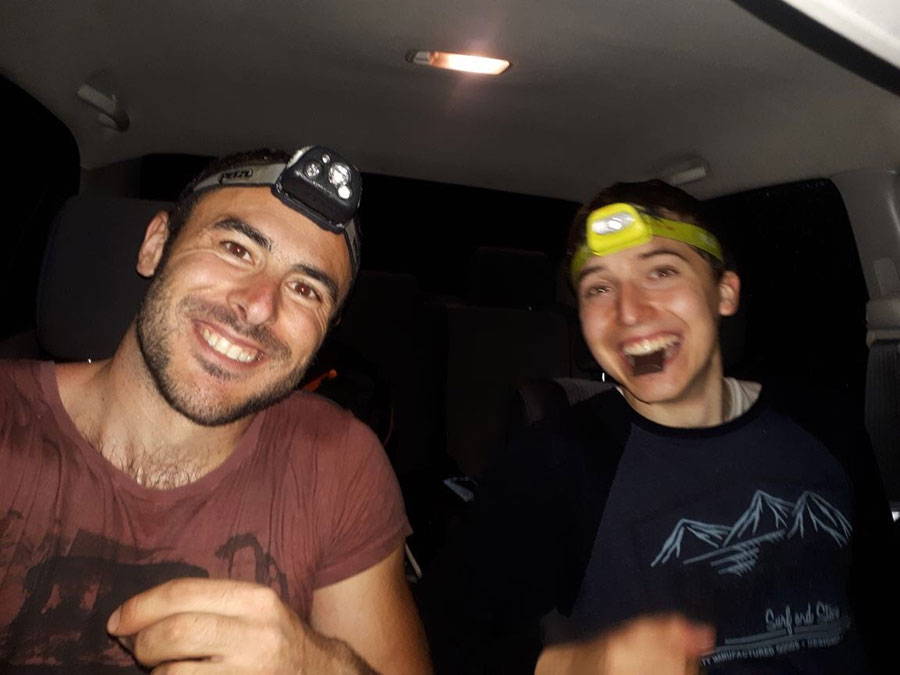 If you want other tips for lightning storm drama, check out this helpful article from Climbing Magazine: