Here at Sterling Rope, we are committed to producing the best life safety products in the world.

In order to build a great product, we first need to know how it will be used in the real world, and what will make it excel at its task. Because we can’t test gear in a real emergency, our long standing relationships with some of the best trainers in the world give us a unique perspective into what to build, as they use the products more than anyone else.

And once the product is built, these training professionals can put it through its paces to ensure it meets their needs in the field, so that on the toughest days, rescuers can focus on the task at hand and not worry about the equipment.

We sat down with Gerald (Gerry) Dworkin, owner and founder of Lifesaving Resources, a training company dedicated to designing, developing and teaching Water Rescue, Ice Rescue, Swiftwater Rescue and Aquatics Safety courses. We wanted to learn more about his experience, the types of training he teaches as well as the importance of training these skill sets. 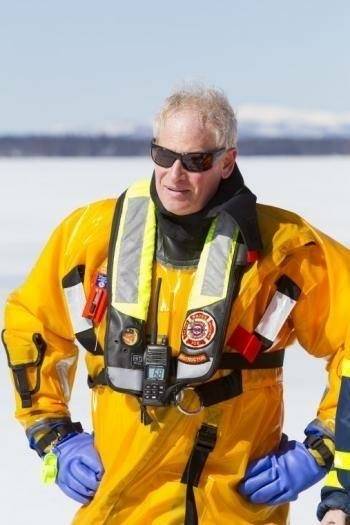 Fun fact, Gerry has published more than 40 articles that have appeared in EMS, Fire, Rescue, Aquatic and Recreation publications, and he has appeared as a subject matter expert on numerous local television broadcasts, in addition to CNN, MSNBC News, ABC’s Good Morning America, CBS’ Early Show, NBC’s Today Show, The Weather Channel, The Discovery Channel, and The History Channel.

Sterling: Some folks may not know, but LSR is headquartered not far from the Sterling factory. How did you become acquainted with Sterling?

Gerry: Lifesaving Resources relocated from the Washington, D.C. area in 1997. Although we had been developing and conducting Water Rescue training programs for First Responders, we recognized the need for comprehensive Ice Rescue training. But, in order to conduct this training, in addition to the necessary PPE, we needed to have appropriate primary for use by the Rescue Swimmers and secondary safety ropes for use by the victims. After doing some research, we learned that the Sterling Waterline was the best ropes available for this purpose. We started purchasing from Sterling Rope at that time and have been using Sterling Rope ever since and advocating its use by our course participants and authorized instructors.

Lifesaving Resources relocated to Kennebunkport, Maine in 2011 and we were very happy to learn that Sterling Rope was nearby. In fact, I live in Arundel and my home is down the street from Sterling Rope’s headquarters.

I am also a Kennebunkport Firefighter and our department conducts annual bail-out training at Sterling Rope facilities.

Sterling: What is Lifesaving Resources and what do you do? How did you get into this area of training on water and ice rescue, what drew you to it? (Can you tell us about some interesting statistics, like how many people you have trained, how many rescues have been performed using your technique? How many water/ice rescues are needed each year?)

Gerry: Lifesaving Resources was formed in 1985 as a company dedicated to drowning and aquatic injury prevention and emergency management. We develop educational curriculums in Water Rescue, Swiftwater Rescue, Ocean Rescue, Ice Rescue, and Lifeguarding and we conduct this training throughout the U.S., as well as internationally, for the Public Safety & Rescue Sector, the Lifeguard & Aquatic Recreation Sector, as well as the General Public. 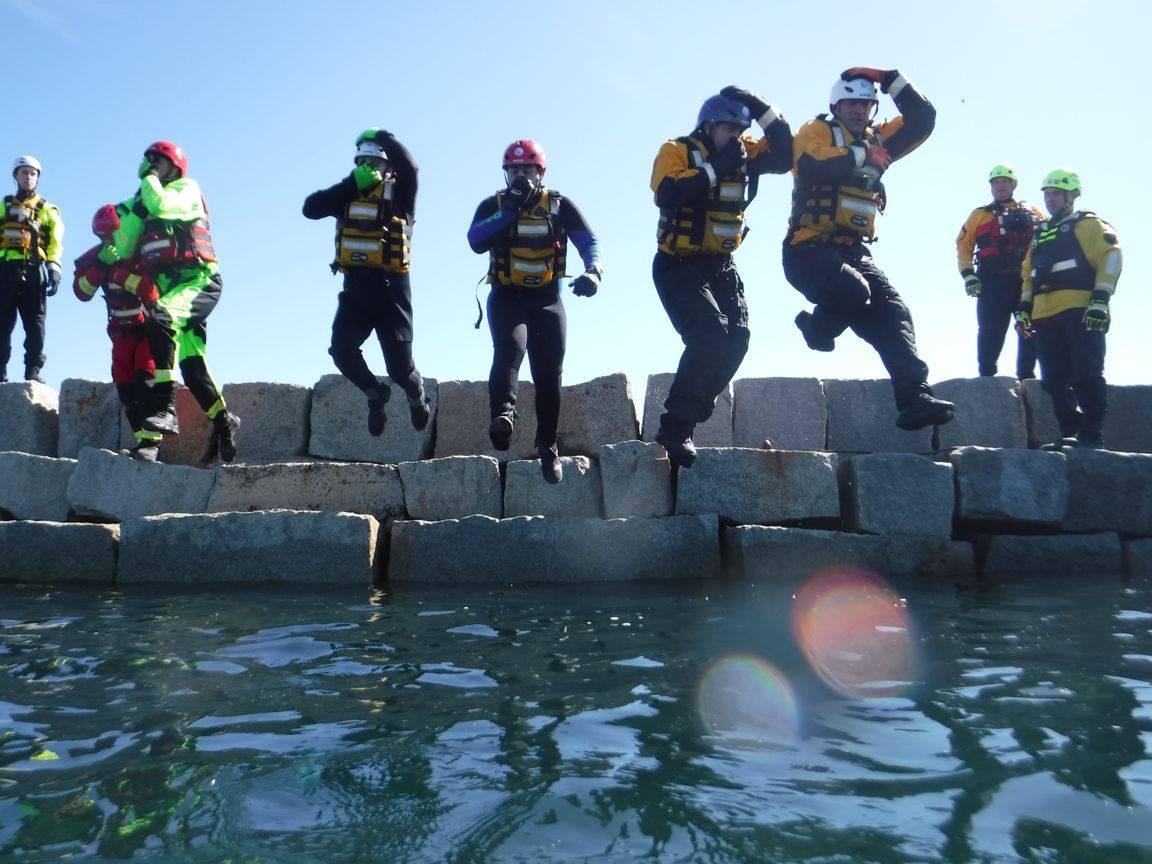 In addition to our Technician level courses, we conduct an annual INTERNATIONAL WATER RESCUE INSTRUCTOR ACADEMY, as well as an annual INTERNATIONAL ICE RESCUE INSTRUCTOR ACADEMY. We currently have over 350 authorized instructors from throughout the U.S. and Canada. Our instructors are authorized to conduct Ice and Water Rescue training programs within their own departments and agencies and, as a result, we train and certify several thousand First Responders annually.

As for rescues, I, personally, have been involved in water rescue and ice rescue operations as a Firefighter/EMT, currently with the Kennebunkport Fire Department. But, I’ve been a Firefighter/EMT for over 50 years in several states, including Connecticut, New York, Virginia, Texas, New Hampshire, and now Maine. But, besides my own involvement in rescue operations, there is nothing more satisfying than to hear and see graduates of our training programs involved in ice and water rescue training programs within their own communities, knowing that lives have been saved as a result.

Besides our training programs, I must point out that I, on behalf of Lifesaving Resources, also provide consulting as a Forensics Expert Witness in drowning and aquatic injury cases. I have previously consulted in over 450 cases from throughout the U.S., and currently have over 60 active cases.

Sterling: What types of training do you offer to first responders and rescue personnel?

Gerry: Our certificated programs meet and exceed NFPA 1670 & NFPA 1006 Standards for Technical Rescue and currently include the following:

In addition, we regularly are involved in the conduct of webinars and presentations at local, regional, state and national Fire, Rescue, and EMS conferences from throughout the U.S., as well as internationally. Several of our very popular sessions include:

The Scared Straight of Aquatics
Escape and Rescue from Submerged Vehicles 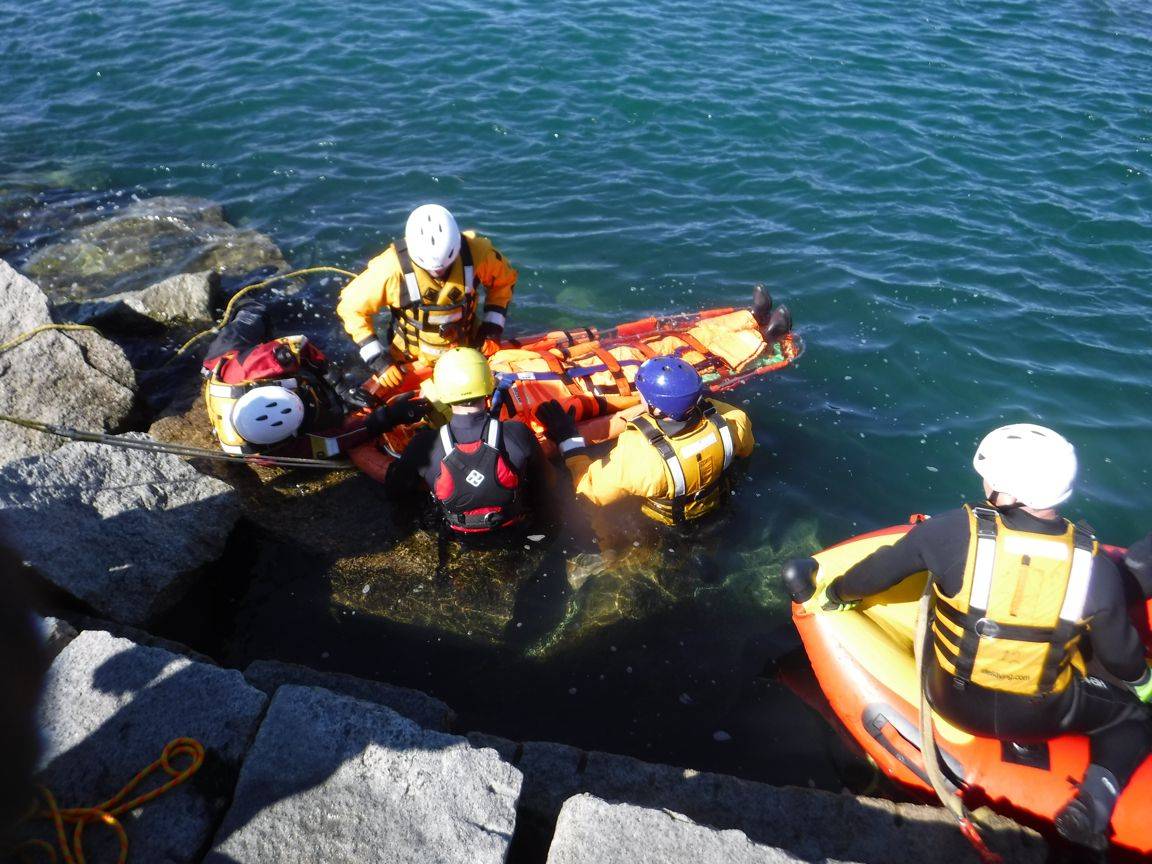 Sterling: Why is it important to train on these skill sets? Also, what types of departments and first responders need the type of training you offer?

Gerry: The general public has the expectation that when 911 is called, fully-equipped and trained personnel will be responding. That, unfortunately, is not always the case. All First Responders should be trained at the Water Rescue Awareness level and parts of the country that have ice conditions, should also be trained at the Ice Rescue Awareness level. And, specialized teams should be trained and equipped to perform at the Operations and Technician levels.

The purpose of our water rescue and/or ice rescue training programs is to train First Responders to rapidly, effectively, and safely respond to incidents in, on and around the water and/or on or through the ice. By participating in our water or ice rescue training programs, they receive the knowledge and skills necessary to meet those goals, and it is up to their department to be sure they are properly equipped to respond.

Lifesaving Resources advocates the need for the Authority Having Jurisdiction (AHJ) to conduct a comprehensive Threat Assessment within his/her operational jurisdiction in order to identify the potential for water and ice rescue emergencies. The AHJ needs to assess the physical hazards that exist (i.e. Target Hazards) as well as activities that may place the public at heightened Risk. The AHJ must develop Operational Protocols, based on the Threat Assessment, and he/she must then determine the Level of Operational Capability required of his/her personnel. And, the AHJ must then Plan for, Train for, and acquire the Resources required to safely and effectively Respond to and Manage the water and/or ice rescue incident. Sterling: Tell us about your most interesting experience working in the field.

Gerry: I’ve recently learned of the partnership between Sterling Rope and Sherrill Tree. Several years ago, we were instrumental in working with Sherrill Tree in the development of a line deploying device for use for water and ice rescue operations in order to propel a line further than other products on the market. It's currently in-use in the arbor industry and is called the SHERRILLtree Big Launcher.

Sterling: What do you see as the biggest opportunity for rescuers in the arena of water and ice rescue?

Gerry: We’ve developed our Instructor Academies so that First Responder agencies have the opportunity to send one, or several of their personnel to be trained as instructors. Upon successful completion of the Academy, graduates are then authorized to conduct Awareness, Operations, and/or Technician level courses on behalf of their own departments and to certify their participants/team members.

Sterling: I understand that in addition to a geographical connection and passion for helping those who help others, Sterling and LSR have another similarity, both of our offices are staffed with canine assistants. Can you introduce us to your co-worker?

Gerry: We have a 9.5 year old Goldendoodle who comes to work with us everyday. We refer to him as our Vice President of Safety and Security. He also, sometimes, is allowed to drop in on some of our courses, at which time he runs around stealing the hats and socks of our participants.

I should mention that within the water rescue and ice rescue training curriculums, we include information and practical evolutions on the rescue of domestic animals. 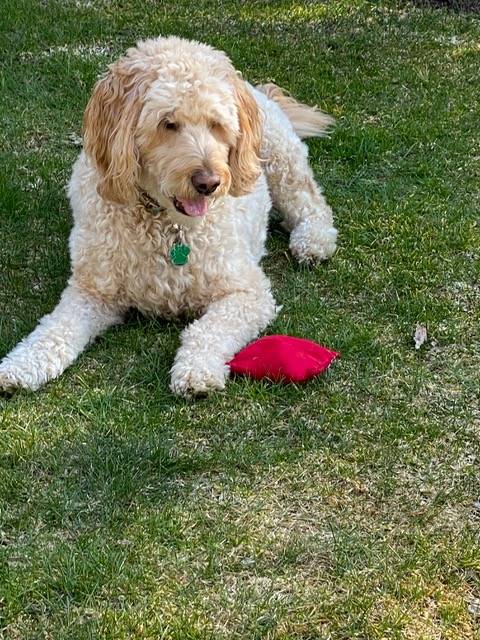 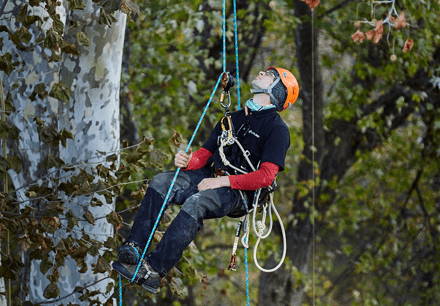 In honor of Sterling’s 25 years of making the world’s finest rope and cord, we are celebrating our partners who have helped us get to where we are today. We will be profiling 25 dealers and partners across the industries we 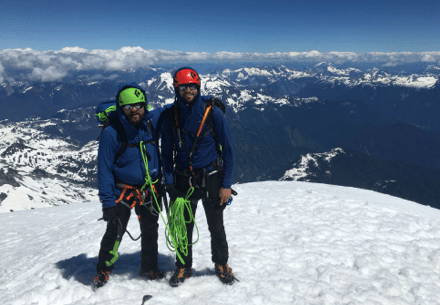 For the past three summers, Veterans Expeditions (VetEx) has run a Pacific Northwest climbing series where teams of veterans have tackeled many of the classic climbs in the area including Glacier Peak, Eldorado Peak 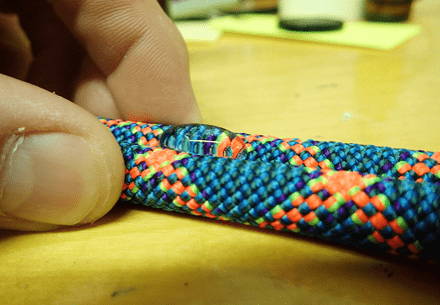 What goes into the DryXP UIAA water Repellent Treatment

I hope you can appreciate that we are not at liberty to disclose too much technical detail given the heavy R&D investment we've made ad the proprietary nature of the entire process. I suspect you'd get a similar
Back to Sterling Solid